Microsoft recently showcased the consumer preview version of Windows 10 where they revealed their new design and interaction patterns. Some of the main features include - hamburger menu, vertical scrolling pages (instead of horizontal scrolling hub pages) and most importantly responsive applications. They have not published any design guidelines as of 2014, but have showcased a few sample applications. I deiceded to redesign the Music app for Windows 10 based on my understanding of the sample applications.

I studied the exisiting music applications of Windows 8 and 8.1 to identify the pain points and areas of improvement. I then studied the showcased sample applications of Windows 10 to understand its design principles. I also studied a few Android music players for diversity. This helped me come up with a good responsive design strategy for mobile designs. Though I was aware of the Microsoft guidelines, which state avoid using color gradients, I wanted to experiment with the color theme. I wanted to push the boundries a little to try and add a little more vibrance into the design.

Samples of the existing application that I studied before creating the Windows 10 application. 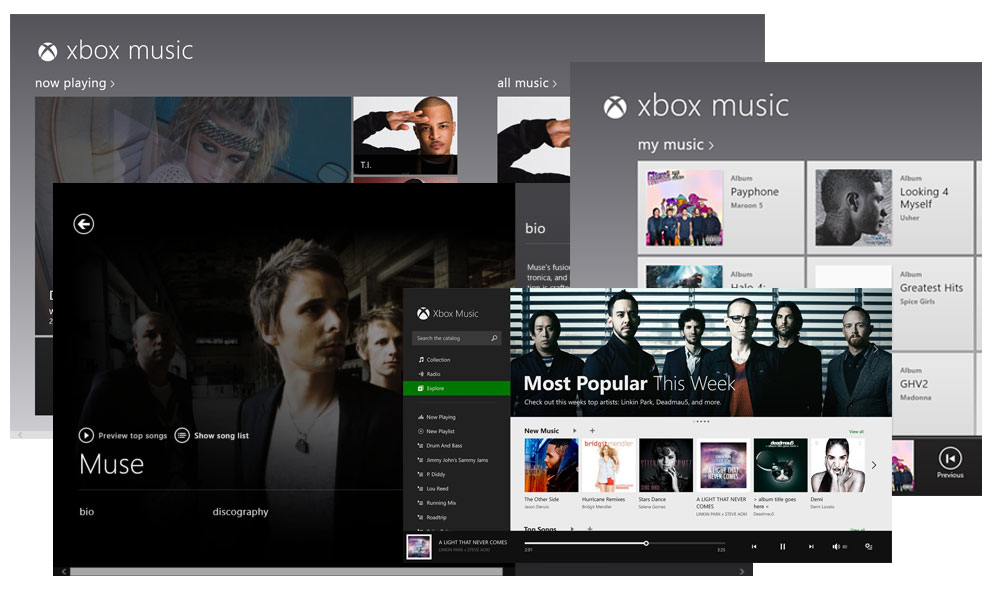 My base mantra for this application - Listen. Explore. Share. My approach here was to utilize the real estate to the maximum, while still keeping the visual space soft and clean. 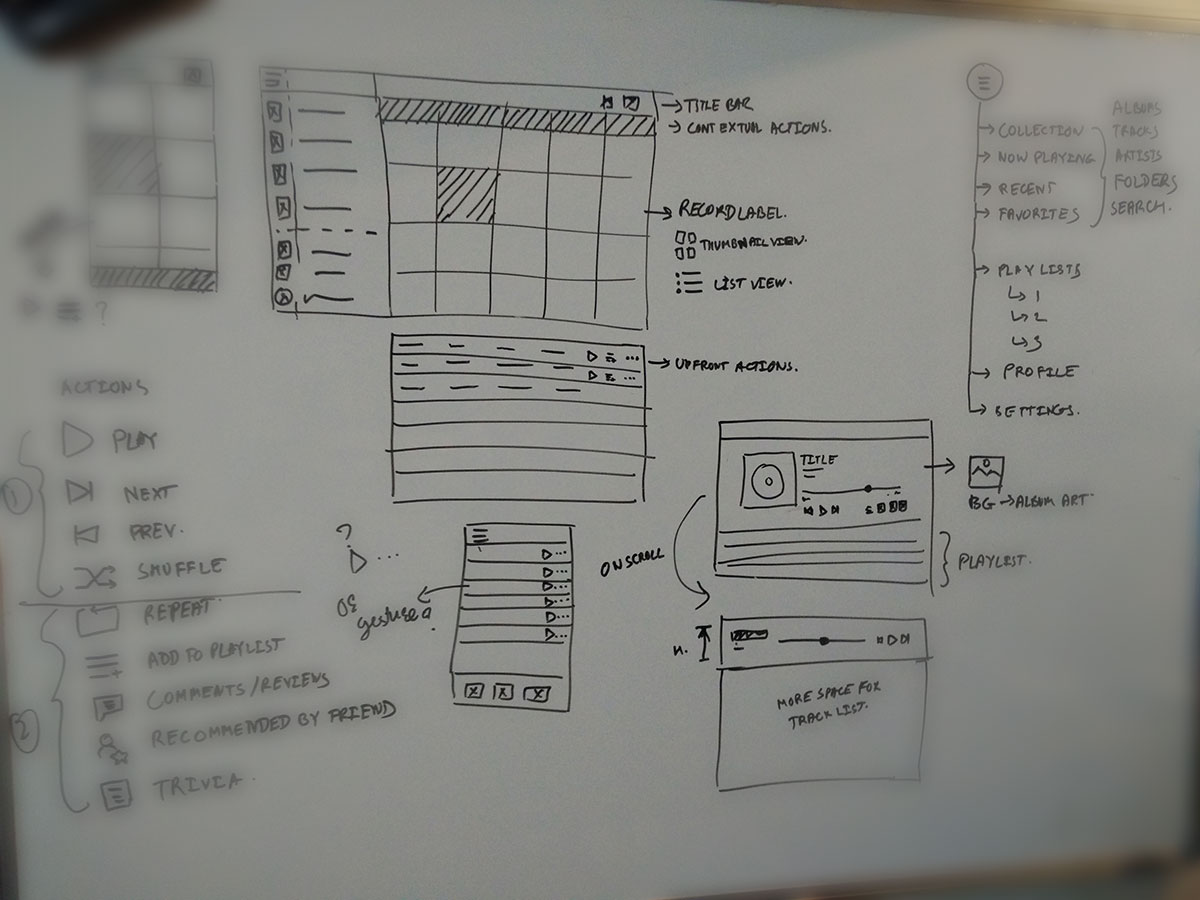 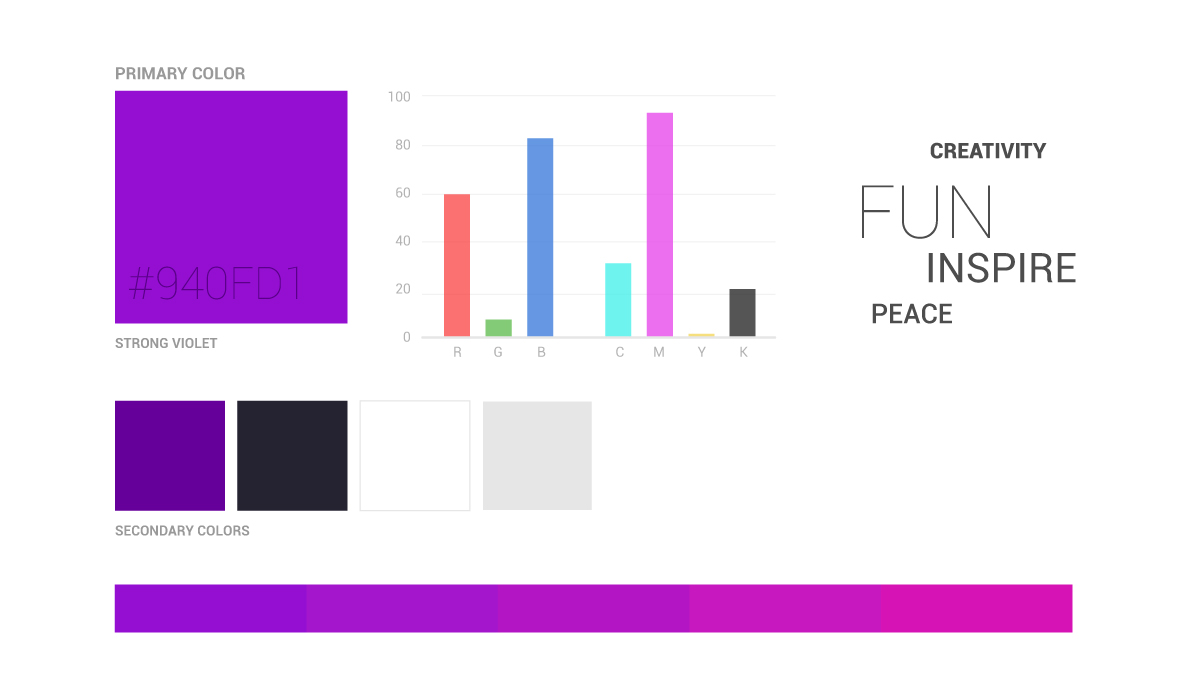 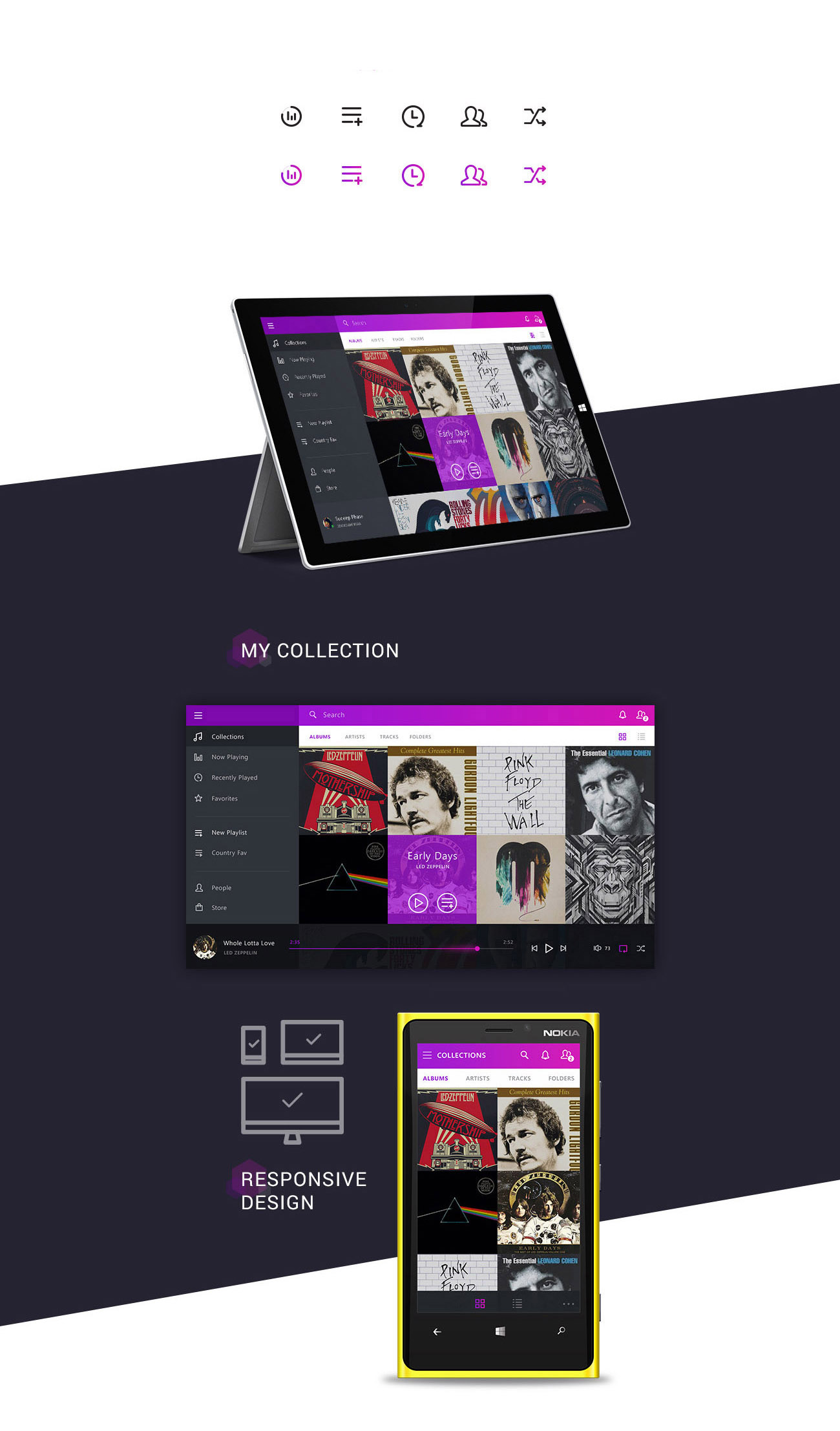 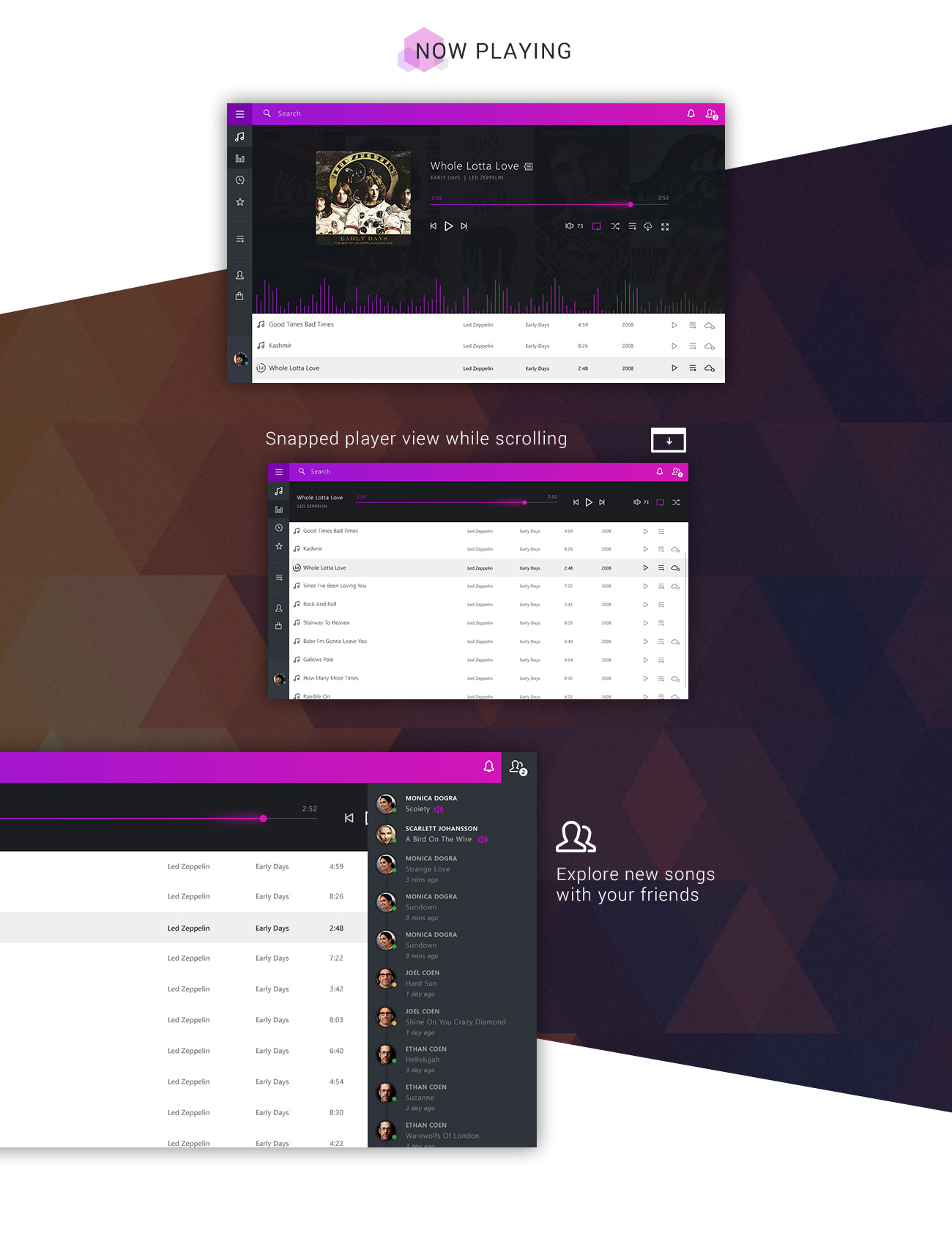